Welcome, The Long Road of Our Ancestors Leads Back to Illinois 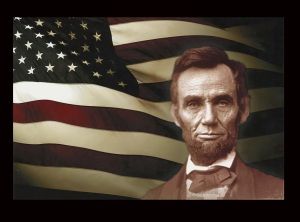 The 16th President of the United States, from the great state of Illinois.
Abraham Lincoln

Although no major conflicts were fought on its soil, Illinois contributed mightily to a nation divided. It funneled more Union troops than any other state into distant southern, eastern, and western battlefields. Cairo, the state’s southernmost city, was especially significant as a staging area for manpower and materials flowing into the Ohio and Mississippi river valleys.

Leadership was Illinois’ major contribution. Chief among those meriting special distinction were abolitionist journalist Elijah Lovejoy, Generals Ulysses S. Grant, and John A. Logan. Most noteworthy was President Abraham Lincoln. The history of the role of Illinois in the Civil War is dominated by the rise of Abraham Lincoln. His “House Divided” speech at the State Republican Convention in Springfield, Illinois in June 1858 won for him the senatorial nomination. The subsequent Lincoln-Douglas debates of the

campaign brought national attention to Lincoln. Many of the debate sites are still preserved and interpreted. It was from Springfield that Lincoln started his long journey to the White House in 1861.